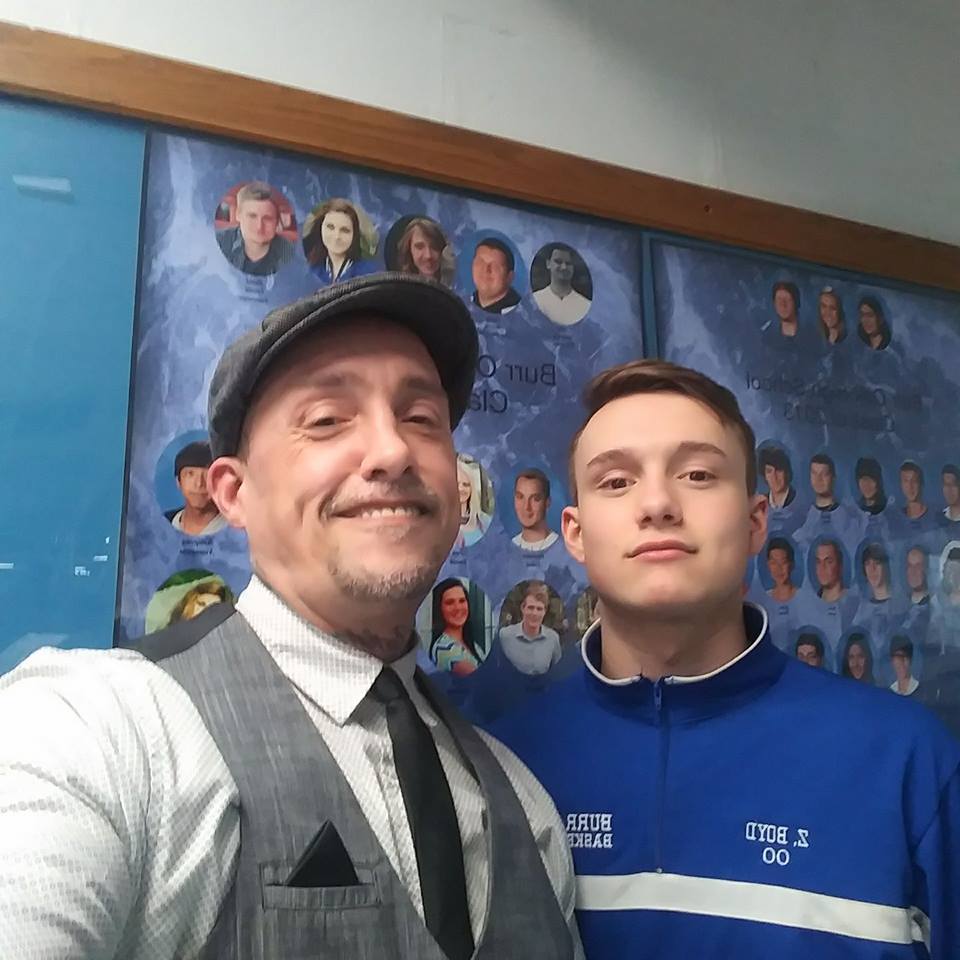 Original article by Victor Carter, at the Sturgis Journal

With just a few minutes left in the first half, Burr Oak had a large lead on the visiting team, Waldron.

Senior Zach Boyd, who needed just 19 points entering the game to have his name in the 1,000 career points club, pulled in the defensive rebound and rushed up the court.

Calling his own shot, he took a deep three and swished it to give himself 1,001 career points.

He would soon realize the achievement after head coach Danny Schragg called a timeout to recognize his point guard.

“I was extremely happy, as I would be for anyone,” Schragg said. “But watching Zach his whole career was special. I was happy, but at the same time, so proud, 1,000 points in three years is crazy. I’m scared to even think about how much he would’ve scored if he’d played four years of varsity.

“He’s more than just one of my players, I expect him to do big things in his life,” Schragg added. “He’s a great kid to be around and has made coaching fun.”

The milestone was announced during the timeout, which gave the Burr Oak crowd and the team a chance to celebrate.

“After finally achieving 1,000, I felt relieved because this has been my personal goal since I started varsity basketball as a sophomore,” Boyd said. “Basketball has always been there for me, especially on the bad days. It’s my escape.”

Following tradition, Zach isn’t the first in his family to join this prestiges club from Burr Oak.

While Zach is enjoying his moment, he couldn’t help but to reflect on his dad.

“I feel honored to be compared to my father. He was such a great player. A lot of my confidence comes from my dad just being there to support me each and every game,” he said.

As for his plans after high school, he wants nothing more than to continue his basketball career.

“I would love to continue playing basketball. College basketball has always been my dream, but I know the reality of that. My main focus is to attend college in pursuit of a degree in business,” Boyd said.

This standout athlete has a lot to be thankful for.

“My coach taught me so much about the game of basketball. He has been my role model you could say. I guess when it comes down to it, I’m grateful to have such a supporting family, team, and my hometown of Burr Oak,” Boyd said.