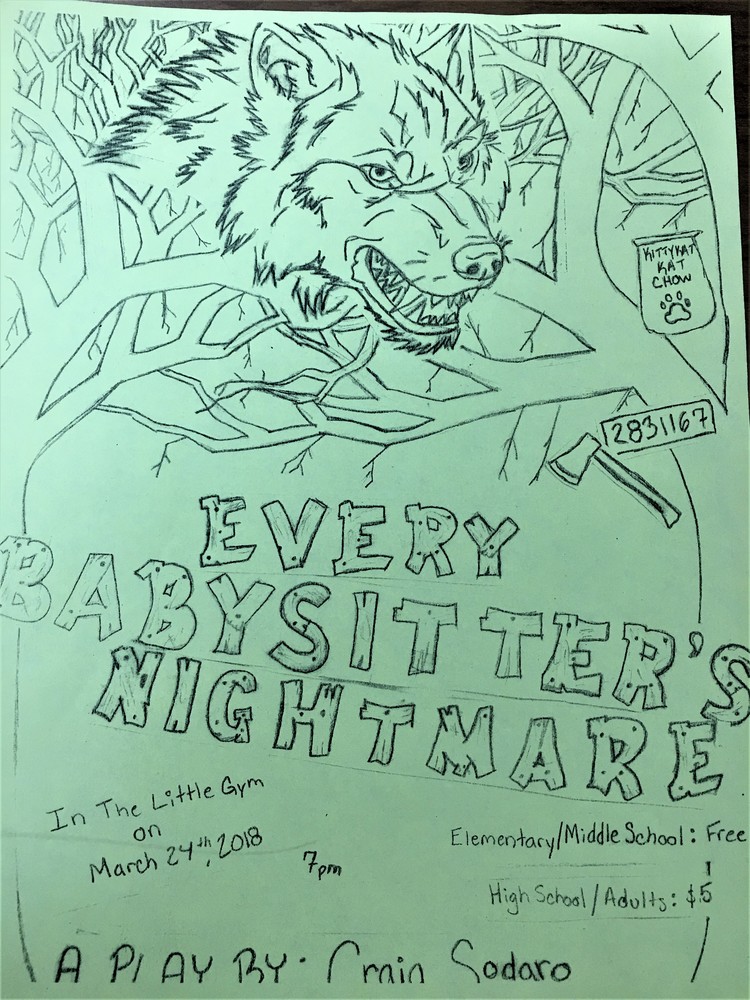 A play by Craig Sodaro

“Carrie Carter, the 16-year-old girl next door, is hired by the Taylors to watch their three children, Kandy, Kevin, and Kelly, while the well-to-do parents attend a dinner party. Since the boy Carrie likes at school, “Fast Eddie,” hasn’t had the courage to ask her to the Spring Dance, Carrie thinks the job is a perfect thing to do on a lonely Saturday night.

She soon finds she’s in for more than she bargained for! The children explain that the house is haunted by the ghost of a doctor murdered in the living room. To add to her growling fear, Kevin announces an “ax murderer” has just escaped from the county jail and is heading their way. When a dizzy aunt pays a surprise visit, Carrie finds this job is worth more than she’s being paid. And when the kids knock out Mr. Taylor's boss thinking he is the ax murderer, Carrie knows she’s in big trouble.

Carrie and the kids soon learn that the dad’s boss has finally married his secretary and they are running away from his mother, the domineering owner of the cat food company where Mr. Taylor works. When she thunders onto the scene, the kids hide her son and his new bride. But they’re not the only ones hiding at the Taylor house. The escaped convict and his partner make an appearance at the secluded house looking for a car and a change of clothes.

As paths cross and uncross, Carrie and the kids lay a trap for the convict, and in capturing him, bring about a hilarious climax that involved the appearance of the very ghost who is supposed to haunt the house!”

Come down to the little gym on Saturday, March 24th to help support the Drama Club as they present yet another play! Starting at 7pm. Elementary and Middle School students enter free and High School students and Adults enter for $5.